Around 2p.m., Hong Kong Financial Secretary John Tsang and the delegation arrived at the base in Changele and then the two sides held a heated symposium. At the meeting, the CEO Liu Luyuan introduced the company’s development process and the overall business situation to the delegation. And he laid stress on the visit of Leung Chun-ying, Hong Kong's chief executive at the beginning of 2014. At that time, the two sides were committed to promote the cooperation between NetDragon and various industries in Hong Kong and made many achievements, especially the two significant cooperative projects last year, one was a strategic merger of Cherrypicks, and the other was the alliance with Hong Kong Cyberport, which all promoted the industrial development for mainland and Hong Kong. Liu Luyuan also stressed that he would continue to expand the business of NetDragon in Hong Kong and hoped that Hong Kong could become another headquarter of NetDragon’s global strategy plan. Soon afterwards, the delegation watched the demonstration of 101 wisdom class. Moreover, Financial Secretary John Tsang friendly exchanges the views with the four interns from Hong Kong.

The Financial Secretary John Tsang highly affirmed the performance and achievement in Hong Kong, he said that Hong Kong Government attached great importance to the investment and entrepreneurship of NetDragon in Hong Kong and the Government would be engaging in continuously providing superior development condition. By this symposium John Tsang hoped to learn more about the cooperation between NetDragon and Hong Kong, thus seeking larger scale and deeper cooperation. 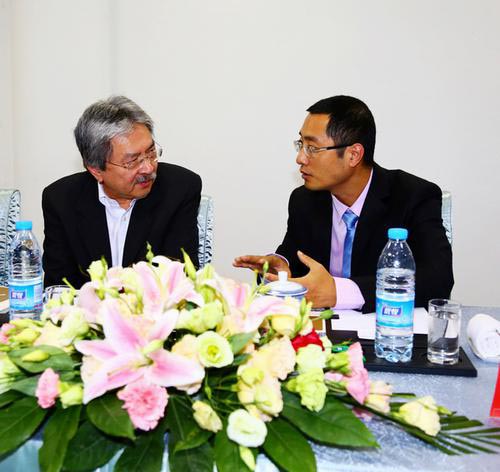 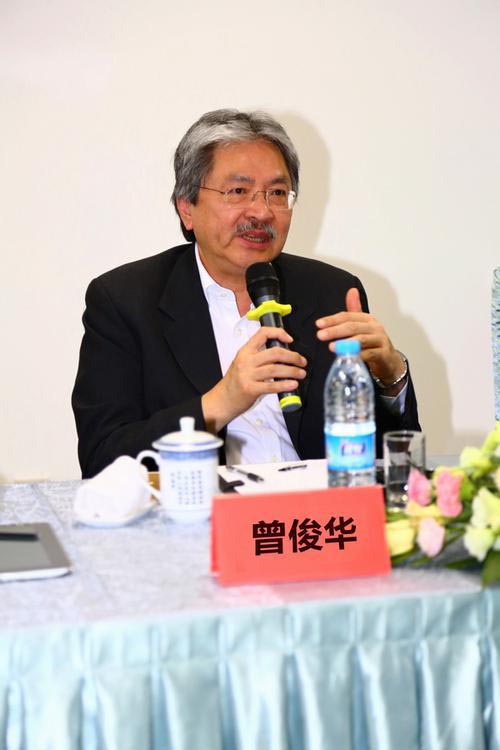 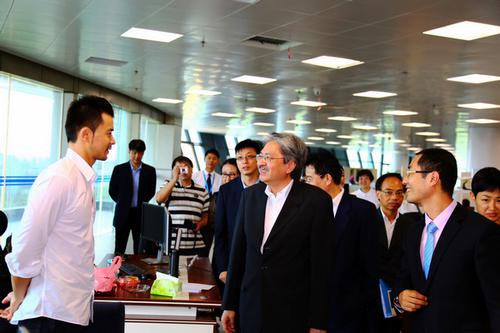 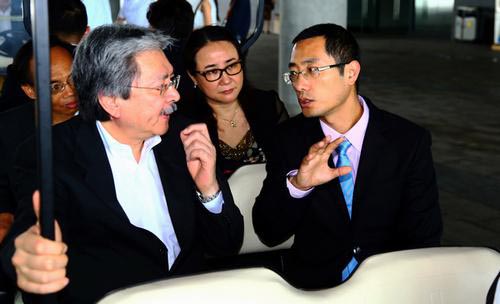 Note: The Resume of John Tsang
Tsang was a secondary school student at La Salle College in Hong Kong and Stuyvesant High School in New York City. When he finished his secondary school study, he studied architecture at the Massachusetts Institute of Technology, holding a master's degree in bilingual education from Boston State College and a MPA from the Kennedy School of Government at Harvard University.

From August 2003 Tsang was Secretary for Commerce, Industry and Technology. And in his role he was also Chair of the Sixth Ministerial Conference (MC6) of the World Trade Organization (WTO) held in Hong Kong in December 2005. When the Conference successfully ended, Mr. Tsang became the director of the Chief Executive of Hong Kong's Office in January 2006 and became the Financial Secretary of Hong Kong from July 1st, 2007 till now.
(Source: Official Hong Kong Government Website)