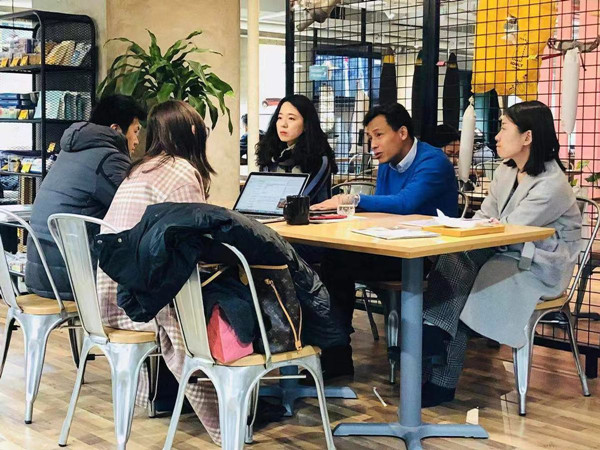 Xiong Li, CEO of NetDragon, a Chinese education and gaming company, at an interview during the 2018 Global Education Summit in Beijing on Dec 4. [Photo provided to chinadaily.com.cn]
Chinese education service provider Elernity, a subsidiary of Chinese gaming company NetDragon Websoft Holdings Ltd, said on Tuesday it has gained momentum in foreign markets, driven by overseas acquisition and cooperation.

Xiong Li, CEO of NetDragon, disclosed to China Daily the company's business has expanded to 192 countries and regions, with more than 100 million users and 12 million teachers using its products.

"Our overseas business is mainly through mergers and acquisitions. With M&As, our business soon expanded to many countries across the world," Xiong said during this year's Global Education Summit, an event held by TAL Education Group.

One case in point is NetDragon acquired a 100 percent stake in London-listed Promethean three years ago, whose products were already being used in 100 countries and regions.

According to Xiong, this will benefit 20,000 smart classrooms and 29,000 educators after it is completely launched in Moscow. 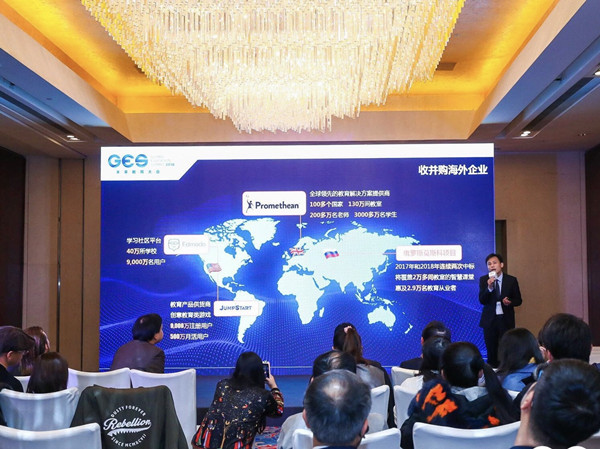 Xiong Li, CEO of NetDragon, a Chinese education and gaming company, delivers a speech during the 2018 Global Education Summit in Beijing on Dec 4. [Photo provided to chinadaily.com.cn]

Elernity, founded in 2010, was established to help its parent NetDragon tap into the education sector and transform the company from a games-only player to a games-and-education firm.

It has developed and launched a string of integrated educational devices, including smart boards and panels, as well as feedback and evaluation systems, which help teachers interact with students more efficiently.

The Fuzhou, Fujian province-based Eternity is also expected to go public next year in the overseas market, Xiong said.

"On the other side, we pay attention to cooperation with outside partners from both China and abroad," Xiong added.

Moving back to the Chinese market, he pointed out NetDragon just announced cooperation with Pearson Education Asia Ltd to jointly launch Longman Plus, a new one-stop intelligent education solution in Hong Kong.

The solution will integrate advanced digital technologies from NetDragon, as well as Pearson's enriched education resources.